Learn About Our Firm

At The Law Office of Samuel A McCloud, we treat each of our clients with the respect and individual attention they deserve, and we pride ourselves on providing the highest possible level of legal representation. We always put our clients first and ensure that you understand all of your legal options. 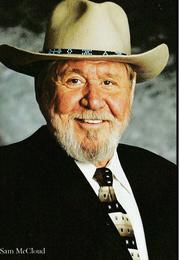 Sam McCloud has tried more than 300 felony, gross misdemeanor, and misdemeanor cases to a jury verdict. At one point he won 12 DWI jury trials in a row in one jurisdiction. This determined attorney is listed in "The Best Lawyers in America". He has also been involved as the lead attorney in over 150 appeals - more than any other private attorney in Minnesota. Some victories have changed Minnesota Law forever such as "A Judge is NO LONGER allowed to order -- CASH BAIL ONLY" and the Judge in every case must order a Bail without any conditions - such as random drug/alcohol testing - while your case is pending. Because of Sam McCloud, DNR cops must get a Warrant before they can enter your ice-fishing house without your permission. Further, Sam McCloud has one of the very few directed verdicts of acquittal in a First Degree Murder Case. He proved beyond all doubt that his client was innocent. The Judge said it was the hardest decision he's had to make in his 30 years on the bench. Sam's reaction was "What is so hard about declaring someone innocent when they are in fact - beyond all doubt - innocent". Sam said it should have been the proudest moment of "Hanging John Spellacy's" 30 year career s a Judge. Sam McCloud truly believes that "Innocence is a State of Mind" and will do everything in his power to help prove you are innocent. He will work hard and fight hard to get you the best outcome possible for your case.